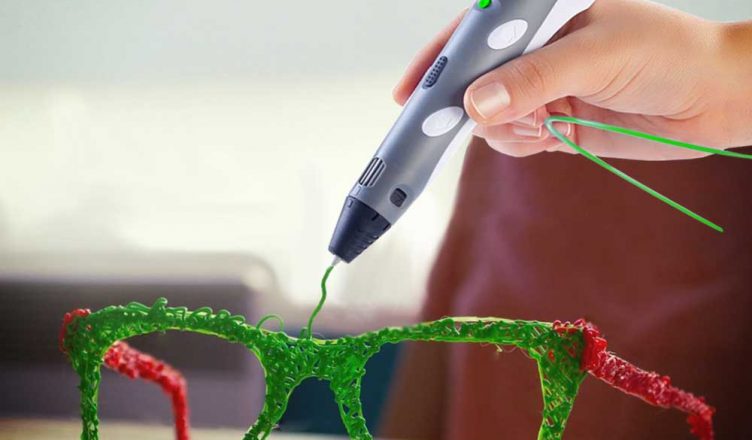 This relative of the 3D printer was first developed by 3 engineers in 2013 in the following context: after more than a day of 3D printing, they realized that the result missed a line. So they created the 3D pen that allowed them to ad this simple element manually instead of printing the whole thing all over again. The trio then casted their project on a crowdfunding platform which acquired 1,8 million Euro investment, 70 times more the budget requested!

Since then the competition exploded and if you look now to get one, you’re going to have a really hard time choosing. There’s also too much information and tons of reviews available online so I won’t get into that, what helps me however when choosing to get a device I have little knowledge over is a list of criteria.

What to look for when buying a 3d pen:

What the Angel from Quirk Heaven thinks about the 3d pen: I have yet to test one but after many hours of text and video documentation, including reading tons of reviews, I am not so sure what verdict to give it. What I consider to be a drawback is the fact that it’s not a health safe device. I definitely don’t consider it to be a suitable tool for children, especially younger than 12, even though lots of people recommend it for school projects. If you do consider getting one for your kid, at least make sure you’re in constant supervision.

What you can do with a 3d pen that has a place in Quirk Heaven: